/ /
You are here: Home » News » Product News » How deep does the needle enter the skin? Is it dangerous to go deep?

How deep does the needle enter the skin? Is it dangerous to go deep?

As such there is no specific answer as to how deep needles are inserted as this will vary according to the person being treated, and the acupuncture point into which said needle is being applied. The depth of acupuncture depends on basic anatomy. For instance, a needle can’t be pushed as deeply into the hand as it can into the buttocks. For the former, a needle will often only be pushed into a depth of about 1-2mm, whereas for the latter, the abundance of fat and muscle allows needles to be pushed in as deeply as 2-3 inches.

The condition in question and the area it is affecting will also determine how deeply an acupuncturist applies his or her needles. Going back to the differences between the hand and the buttocks, if a person is suffering from arthritis in his or hands, both the condition and the area require shallower needling to relieve pain and discomfort. In contrast, a person suffering from sciatica will need much deeper applications for the needle to access the acupuncture points that would relieve the symptoms of their condition.

Different techniques also demand different applications. For example Japanese and Korean acupuncture both rely on characteristically shallower insertions than the Chinese equivalent. Acupuncture made its way into Japan and Korea far before its arrival in the Western world, and as such the Japanese and Korean acupunctural traditions have long since established their own distinct identity. Similarly auricular acupuncture which focuses on treating conditions of the ear makes us of much finer and shorter needles that are not pushed in very deeply.

Interestingly the angle at which a needle is passed into the skin also affects the depth of application. A needle being pressed straight into the skin (at 90 degrees to the acupuncture point) will usually be applied to a greater depth than a similar needle applied at a different angle.

The physiology of the patient receiving acupuncture treatment is also an important factor. Healthier and more robust patients can withstand deeper needling than those with chronic diseases or weaker constitutions. In some cases deeper applications are deemed necessary by the acupuncturist to achieve therapeutic ends.

Finally one of the most important considerations affecting the depth of acupuncture needle applications is undoubtedly safety. The practice of applying needles into the body is one that carries with it an inherent risk, and as such acupuncturists need to be trained in how to practice their craft safely and without causing injury or infection. Acupuncture points lying over internal organs or sensitive nerves (like those on the neck, spine, and head) must be handled with extreme care to avoid any accidental damage. An accurate and detailed knowledge of human anatomy is needed to ensure the safety of a patient.

Ultimately there is no set depth to which needles are applied, and the factors illustrated in this article are what determine whether a needle is pushed in to 2mm or 2 inches. Rest assured however that a trained and experienced acupuncturist will only apply needles to a safe and therapeutically necessary depth. 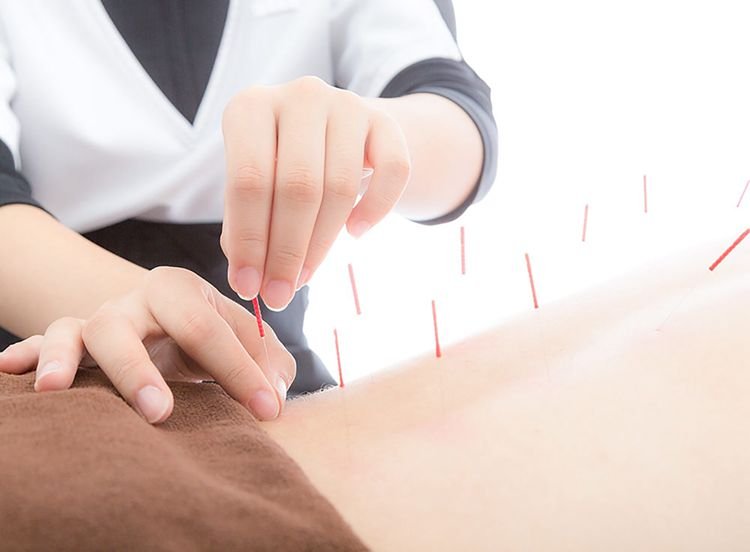